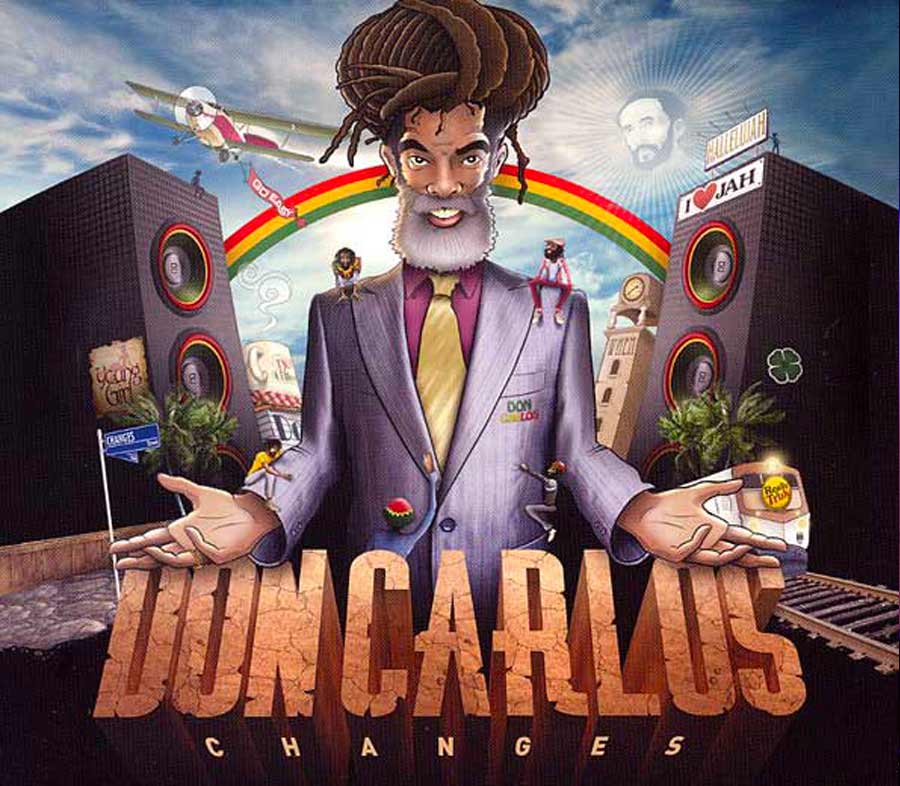 Don Carlos’ smooth and soulful voice is employed over many different styled riddims beginning with Rude Boy which is a beautiful modern roots tune following in the great tradition of reggae of promoting peace.  – UnitedReggae.com 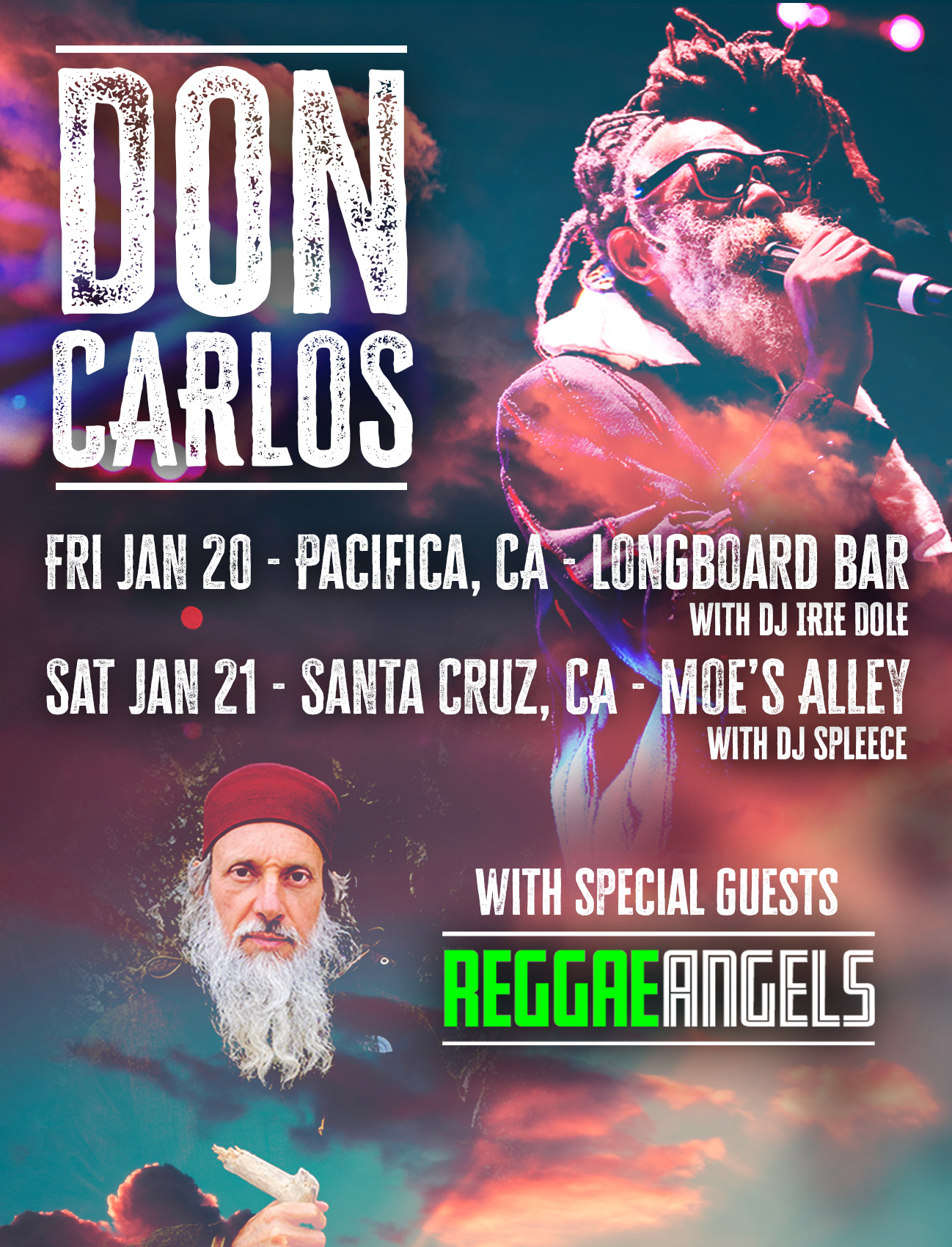 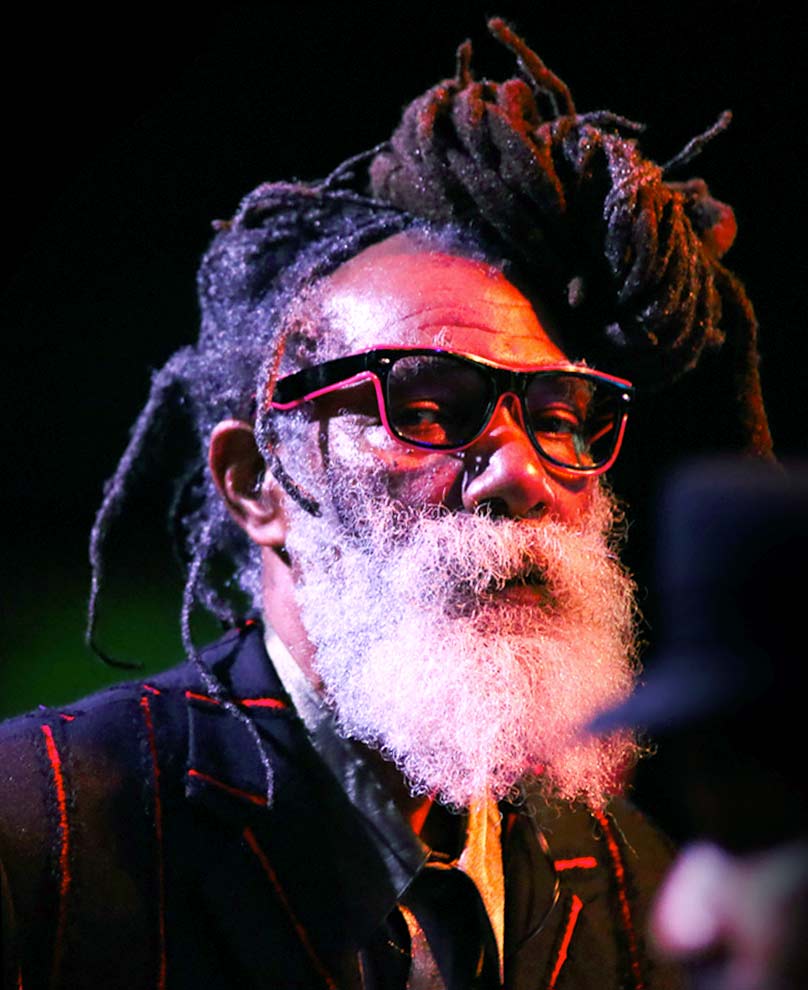 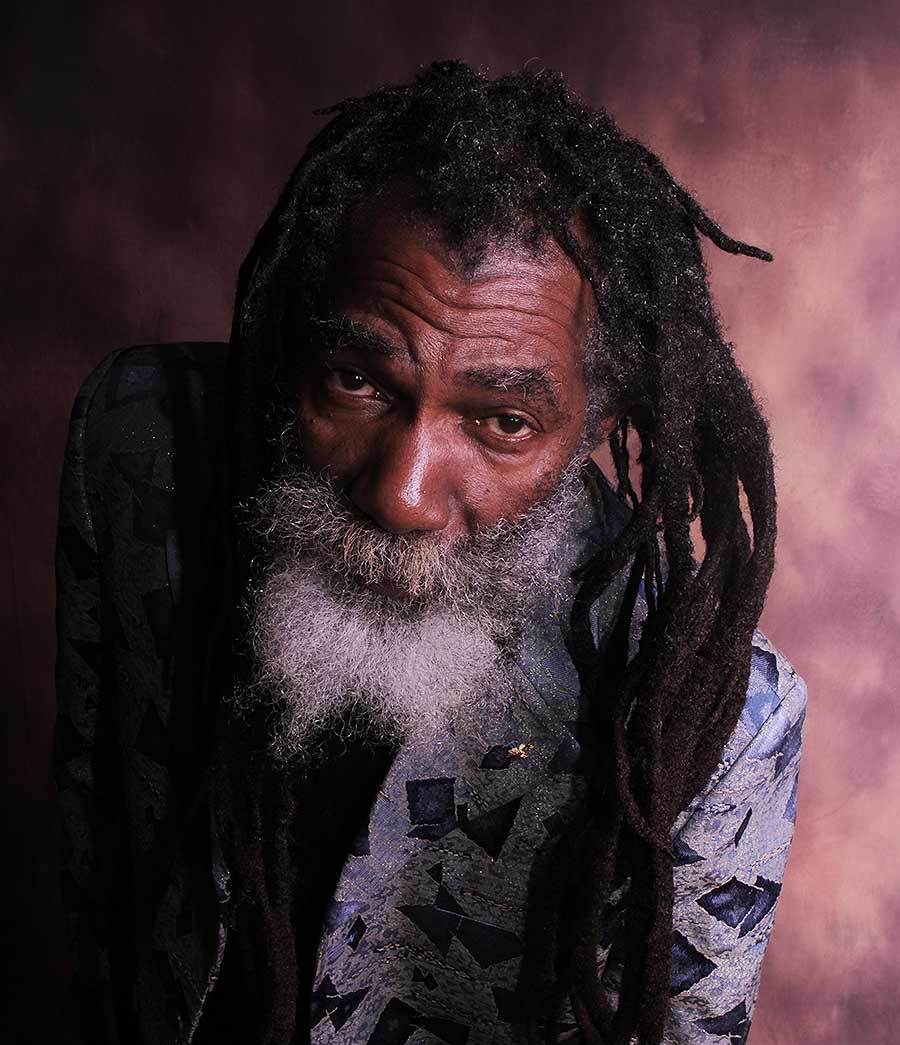 Don Carlos (born Euvin Spencer) Legendary Reggae Artist was born and raised in one of the most deprived regions of Western Kingston, Jamaica, in a district notoriously known as Waterhouse, which incidentally is also a musical spawning ground for many of Reggae’s greatest ever talents, such as King Tubby, Black Uhuru, The Jays, Junior Reid and King Jammy, to name but a few. Don Carlos started his singing career in 1973 as one of the original members of Black Uhuru, alongside other founding members, Garth Dennis who later went on to joining the Wailing Souls, and Derrick Ducky Simpson.

Part of the Trio

As part of the Trio, Don sang lead on the highly acclaimed Love Crisis album, for producer Prince Jammy in 1977. This album was later re-released and re-titled as Black Sounds of Freedom. A year after the trio’s groundbreaking debut, Don Carlos decided to leave Black Uhuru in pursuit of a solo career. Within three years as a solo artist, developing his song writing and grooming his distinctive vocal style, in May 1981 Suffering was released. This strong release took the fraternity by storm, courtesy of a heavy roots and culture flavored showcase for the Negus Roots label. This album was a massive hit in Africa, selling unprecedented units. Unfortunately, the album was bootlegged, and Don never received proper royalties.

At this time he worked alongside Goldie, his sidekick, co writer, and back up vocalist. Together they built a staunch following through touring the live circuit and releasing consistant albums including Harvest Time, Day to Day Living, Them Never Know A Natty Dread Have Credentials, all three issued in 1982, Spread Out 1982 also otherwise known as Laser Beam to which the majority of tracks in this set have been culled, Never Run Away 1984, Just a Passing Glance 1985 and more recently Seven Days a Week. Don‘s partner, Gold was tragically shot and crippled, putting him out of the music business.

There’s an old saying in the music industry that claims: What goes around, comes back around. In Dons‘ case, a request for reinstatement to his former role as lead vocalist for a rejuvenated Black Uhuru reunion resulted in another strong Black Uhuru album – Now. 1990 marked the reunion of the original vocal trio with Don, Garth and Duckie. After six years- 1989-1994- and four albums, singing lead for Black Uhuru in the studio, and on the road, Don again went back to his solo career. His other album releases with Black Uhuru include Mystical Truths, Iron Storm and Strong. All of these four albums are classics with Don up front on lead vocals.

After the Black Uhuru stretch, Don joined forces with the California based Reggae Angels, who backed him for four years and subsequently evolved into his own band called Dub Vision. He also has been working as a special guest with Slightly Stoopid for many years doing a number of the songs and appearences with them through the years. Don‘s popularity continues to increase and grow.   He is now one of the most demanded roots reggae artists in the business and still tours today.  Check out the Tour Dates to see Don when he comes to your city.